Coconut Software: The Trailblazing Tech Startup From Saskatoon with a Female Founder… And a Female Funder 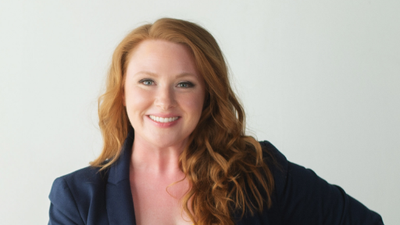 Katherine Regnier is the Founder and CEO of Coconut Software, a tech startup focused on “Appointments of the Future” in the Enterprise Appointment Scheduling space. Major national brands onboard include TELUS, Rogers, London Drugs, and Jackson Hewitt Tax in the USA. Under Katherine’s leadership, Coconut has shown strong growth and Michelle McBane, Managing Director at StandUp Ventures, knew that Coconut would be a strong portfolio company.

After five years of grinding it out and bootstrapping the company, I was presented with a one-month mentorship opportunity created by Neal. I quickly discovered from a Forbes Midas List, that Mr. Dempsey was a legendary Silicon Valley investor. I was shocked. It was a highly competitive process – I was one of four ventures selected out of a list of 100. After considering challenges of leaving my husband and young children behind for a month, my curiosity won the battle and I accepted the tremendous opportunity to take part in “Neal’s Running Start” in San Francisco.

Through the program, I was able to demystify the Silicon Valley scene. I related to other CEOs’ stories and learned about their multi-million-dollar companies. I was inspired to do the same from Canada: If they can do it… Why can’t I?

We were bootstrapped for a very long time. But once I decided to fundraise externally, we went for it. Within 365 days, and with the help of introductions through mentors, we raised $710,000 in October of 2016. Based on the quick traction from that raise, we progressed forward and raised Coconut’s Series A of $4.2 million from firms such as Information Venture Partners and ScaleUp Ventures in Toronto, PIC Investment Group in Saskatoon, Bay Partners, in San Francisco, and of course, StandUp Ventures, also based in Toronto.

3. It’s Important to Give Back.

I have been so lucky to work alongside Romeo Iula (our Chief Technology Officer), our second to none staff, our high calibre investors and the outstanding mentors who have helped educate and inspired me to lift this vision off the ground. When Jordan Dutchak, Executive Director of Co-Labs, asked me to join as a founding Board Member of Saskatchewan’s first tech incubator, I had to accept. It’s not just about Coconut, it’s about creating a million more tech start-ups and elevating the whole community both in Saskatoon and Toronto.

Michelle came to Saskatoon this past February when it was -50 degrees (or so she says!) to give back to our community of entrepreneurs. Who does that?! Although, if she doesn’t come back in wintertime, I would understand! It’s people like Michelle who embody leadership at its core and really understand the bigger picture of what we are trying to do here in Canada. I feel so fortunate to have her as a brilliant mentor, investor, and friend.

Michelle, what did you see in Katherine that inspired you to invest?

I look for founders with a clear vision and who know how to hustle. Katherine was always out there hustling and still is. It’s part of her DNA. I saw someone who started her company with a $5,000 loan, who could build a company and attract great talent. She was selling a dream and she needed some pretty smart people to join her on her journey. I not only knew she could create a great company; I knew the people and ideas she surrounded herself with would draw in investors and clients to propel Coconut’s vision forward.
Katherine sets the tone in her organization – one of sheer determination and grit.

Katherine, what has been the most rewarding part about your relationship with Michelle?

Michelle blows me away with how she runs her fund and the caliber of talent she surrounds herself with. Michelle isn’t someone who writes a cheque and goes away. I could call her at 2 a.m. and she would be there to help me. Perhaps because she is a female investor, I find it very easy to open up to her. And I know she is right there beside me for the long haul.

Michelle, what have you learned from Katherine?

It’s the little things that really matter to Katherine. She has big plans and a big picture vision but she doesn’t forget the little things, particularly when it comes to her team. Mark Ramsay, Coconut’s Chief Revenue Officer, shared one of his early interactions with Katherine: one day out of the blue, she simply asked him how he was doing. He was taken aback as that hadn’t happened before with other leaders. Emotional Intelligence is a key part of building a venture and Katherine demonstrates this regularly. Also remarkable is how she has made Coconut look bigger than it is – the goal for any startup working with a large client. Fueled by confidence and a problem-solving drive, Coconut landed a major customer out of the gate, and used that environment to develop and test the solution.

Finally, Katherine has the ability to straddle both sides – vision and execution. That’s a rare combination. Coconut’s solution has the ability to extrapolate a lot of great information out of appointments because she saw something bigger than simply managing appointments, and has been able to articulate that vision to customers, execute it, and bring them onboard with the value proposition.

Katherine, living in Saskatchewan and partnering with Michelle has helped you navigate the Toronto Tech ecosystem. Tell us more about this cross-country dynamic.

One of the great things about tech companies and founders who both are willing to put in effort is that you can take advantage of relationships that you wouldn’t have otherwise been exposed to. Michelle has put her network in front of me. As an entrepreneur, especially one in Saskatchewan, I know I need to capitalize on these valuable introductions, including the one she facilitated with Ben Zifkin from Hubba. Ben is known as one of the most generous connectors in Toronto’s Tech ecosystem and a strong supporter of female founders and female-focused causes.

Luckily, one of my strengths is following up and learning as much as I can. And with today’s technology, great relationships can be forged despite distance.

Michelle adds: It happens the other way too. As a founding member of the board of Co-Labs, Katherine helped bring five people from Toronto to a Prairie investment event in Saskatoon. Bridges are being built in all directions with people from Toronto now engaged in building a tech community out West. It’s a win-win for Canada if all these communities are collaborating and growing together.

Michelle, Katherine is not the only female founder you’ve invested in. Is there something other investors should know about female entrepreneurs that you think they might be missing?

There are undeniable statistics regarding diversity and female-led companies. We don’t need to look any further than the 2017 Benchmark Report by #movethedial, Where’s The Dial Now?. Diverse organizations will always out-perform. And we’re even now seeing Tech CEOs like Michael Litt from Vidyard, who accidentally built a “Brogrammer culture,” now actively working towards building a more balanced organization. Homogenous cultures are not sustainable and can’t effectively service customers.

Women have great visions and the ability to attract the best talent, including men and women. Talent is scarce in the technology ecosystem and building sustainable culture will attract the best and brightest. Finally, I see a sincere support network coming together among female founders which is truly unique.

Katherine, you’ve compared your professional journey to a marathon, with your coaches as your trainers. You’re now the coach – what advice do you have for others looking to pursue their dream?

You never stop needing mentors or coaches. Wayne Gretzky was one of the all-time greatest hockey players, but he still had a coach. We need people to help us see things from different perspectives. The truth is, I didn’t get a coach soon enough. I wanted to do it all on my own – and thought I could. I needed to pick up the phone and ask for help so I could move faster. It’s not a weakness to ask for help. It can be one of our greatest strengths and a powerful asset.

Michelle, you recently tweeted about investing in female tech entrepreneurs: 2017 was the year of “why” this matters – 2018 is the year of “how” do we take action. Share a few examples of this type of “action.”

A few things we can all do today:

– Actively support, mentor, and/or sponsor women – this can be as simple as putting their name forward for a “by invitation only” event. One of our advisors at StandUp Ventures did just that. Little things in the background matter.

– Put women in senior roles. This inspires other women to apply to roles they may have overlooked or have been intimidated by.

– Encourage women to take more risks. BMO for Women published a great study earlier this year – one conclusion was that women are not risk averse, but risk aware. Use that as a competitive advantage.

– Increase the pool of talent that you interview when posting a role – make an effort to ensure that you see a diverse set of candidates. It’s hard to recruit and this takes extra effort, but it’s worth it in the long run.

Katherine, what’s next for Coconut Software

Now it’s all about rolling up our sleeves and getting the job done. The $4.9 million investment we received is our chance to push harder and create immense value for our customers and employees. Right in front of us is building out our teams and hiring for key roles.

Read the Original Article on Movethedial.com

Looking to boost revenue and deliver a premium experience to your clients? Schedule a consultation with Coconut Software to learn more about how our appointment scheduling solutions can get you there.

Katherine Regnier Speaks During the Women of Influence Breakfast Presentation

Katherine Regnier Invited to Inspire Students at the University of Washington