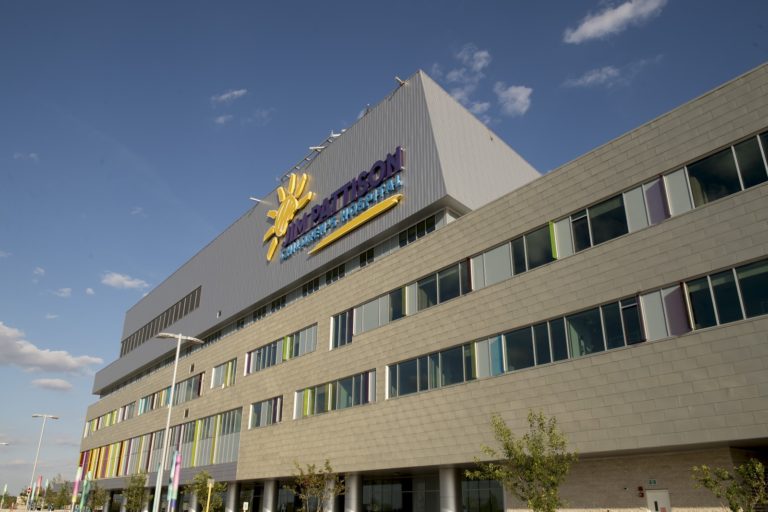 A dream 20 years in the making has finally been realized in Saskatchewan. September 29th marked the first patient day of the $285.9 million Jim Pattison Children’s Hospital (JPCH) in Saskatoon.

Before that day, Saskatchewan was one of just two Canadian provinces with no dedicated maternal and children’s hospital. Now, after years of design, building, planning and preparation, Jim Pattison Children’s Hospital has officially opened its doors. On the morning of September 29, 112 maternal and paediatric patients moved into their rooms in the new facility that provides an uplifting atmosphere and family-friendly amenities to help make the hospital experience better for everyone involved.

“The opening of Jim Pattison Children’s Hospital marks a dream more than two decades in the making finally coming true,” said Brynn Boback-Lane, President and CEO of Jim Pattison Children’s Hospital Foundation. “This historic milestone means the start of a new era of care for Saskatchewan families. Words cannot adequately express our heartfelt appreciation for the time and funds that made this possible; this project truly represents how Saskatchewan people come together. A new and exciting chapter has begun.”

Prior to the opening, Jim Pattison Children’s Hospital Foundation hosted Grand Opening Celebrations that included an official ribbon cutting and tours of the new facility. The events celebrated the generosity of donors, friends and family who helped make this important milestone possible. With so many people coming to tour the hospital and so little time to schedule them all in, they found themselves in need of a scheduling solution that could help to smooth the process, especially when many of those invited have put so much of themselves into the project already.

“A big part of building this hospital was input from families who have experienced hospital stays of their own,” said Tanner Braaten, Manager of Development and Engagement at Jim Pattison Children’s Hospital Foundation. “These families have travelled out of province, they’ve experienced other children’s hospitals and they know first-hand how important it is to have a dedicated facility for children. Bringing them in and being able to showcase what generosity built and showing them that they’ve been heard, it’s just an amazing opportunity.”

To maintain the personal touch that had been established throughout the hospital’s development process, physical invitations were mailed out to each of the guests. From there, guests were able to call in to Jim Pattison Children’s Hospital Foundation directly who would book them in using Coconut’s scheduling solution. Further adding convenience and simplicity, Coconut would automatically send each guest a notification with information on their tour time and location, ensuring that they knew exactly where and when their tour would be taking place and saving the Foundation from the necessity of sending out email confirmations to each guest. Throughout the establishment of this tailored solution, Coconut worked closely with Jim Pattison Children’s Hospital Foundation in order to make coordinating these historic group tours as simple as possible — a big priority when trying to schedule in 800 people over just three days.

“Everything was addressed directly and quickly, which was a wonderful thing when scheduling a week of events, especially with last minute requests that needed attention. Coconut was excellent at accommodating that, which was incredibly helpful,” said Tanner Braaten.

Coconut Software is proud to have been a part of this monumental project, and as a part of the Saskatoon community, we are excited for the future that Jim Pattison Children’s Hospital will bring to the province of Saskatchewan.

Interested in learning more about Coconut Software?  Schedule a consultation, to learn more about our tailored solutions.